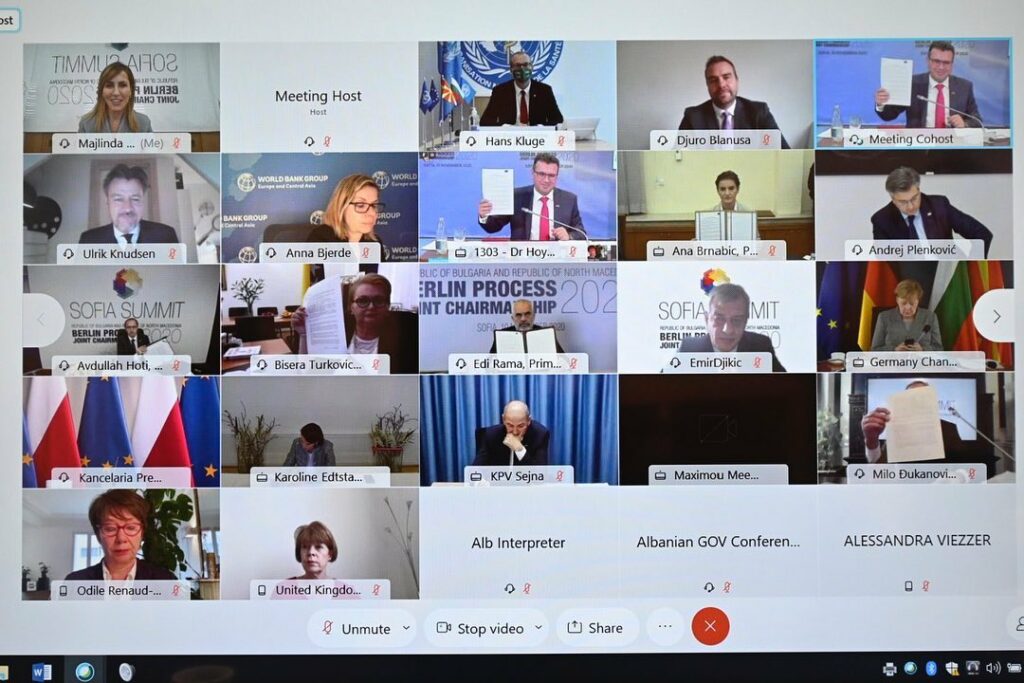 On November 10th,  as part of the Berlin process initiative, the six Western Balkan states have signed the declarations committing to a green agenda and setting up regional markets. Country leaders pledged to continue their support on different initiatives that improve the overall region’s potential for strengthening the economy as well as good neighbor relationships.

All countries have committed to initiatives to reduce by 2050 the carbon footprint via a strict climate policy and to introduce a reform in the energy and transport sector – all with the support of the European Union. The “Green Agenda” was endorsed by all Western Balkan Leaders. An action plan will be coordinated and prepared by the Regional Cooperation Council that will highlight implementation strategy.

Ursula von der Leyen, the President of the Commission, said “The Western Balkans is an absolute priority for my Commission since my very first day. The region’s future is in the European Union. 2020 has been a challenging year but we firmly stood together. Our recently adopted Economic and Investment Plan will speed up the economic development of the Western Balkans and it will boost its convergence with the European Union, support the implementation of fundamental reforms and bring the region closer to the EU single market. This plan can help you to change the daily lives of your people and the business of the region four to five years from now.”