A pool of business consultants from Kosovo, recently certified by a renowned Austrian Institution, will provide services on digital transformation starting from March this year. The certification follows the successful completion of consultants’ training facilitated by the Project “Market Access and Digitalization Services for Kosovo Companies – ACCESS”.

“ACCESS project is a continuation of ADC efforts to strengthening private sector development in Kosovo and marks an important initiative toward digital transformation of MSMEs in Kosovo. Through its activities, local companies will have an easier market access and increased level of competitiveness,” said Arsim Aziri, Deputy Head of Office from the eAustrian Development Cooperation.

ACCESS is applying best Austrian practices to contribute to the overall development of the private sector in Kosovo, by tailoring them to local needs aiming to support digitalization as the driver for economic growth.

Rozeta Hajdari, Minister of Economy, Labour, Trade, Industry, Entrepreneurship and Strategic Investments added that “We are committed to get the maximum out of digitalization, and use projects like ACCESS to support existing and young entreprenurs, consultants and all other actors in the economy, including public institutions to embrace the success oft he digital age.”

ACCESS is facilitating the certification mechanism to improve the quality of digital consulting services that are competitive locally and internationally.

The project has been working with Austrian partners and the Business Consultants Council – BCC in Kosovo, to also enhance the level of digitalization among MSMEs. Following the general training sessions, 28 participants enrolled in one of the three specialized certification modules: e-Commerce & Social Media Expert, IT Security Expert, and Digital Transformation Expert. The training was part of the Digital Certification Program enabling certified experts to be part of the Digital Empowerment Initiative.

ACCESS is financed by ADC, co-funded by Government of Kosovo and implemented by ECIKS. 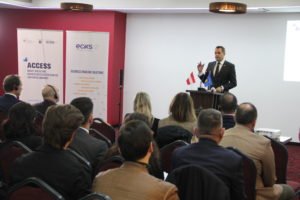 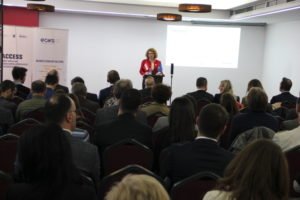